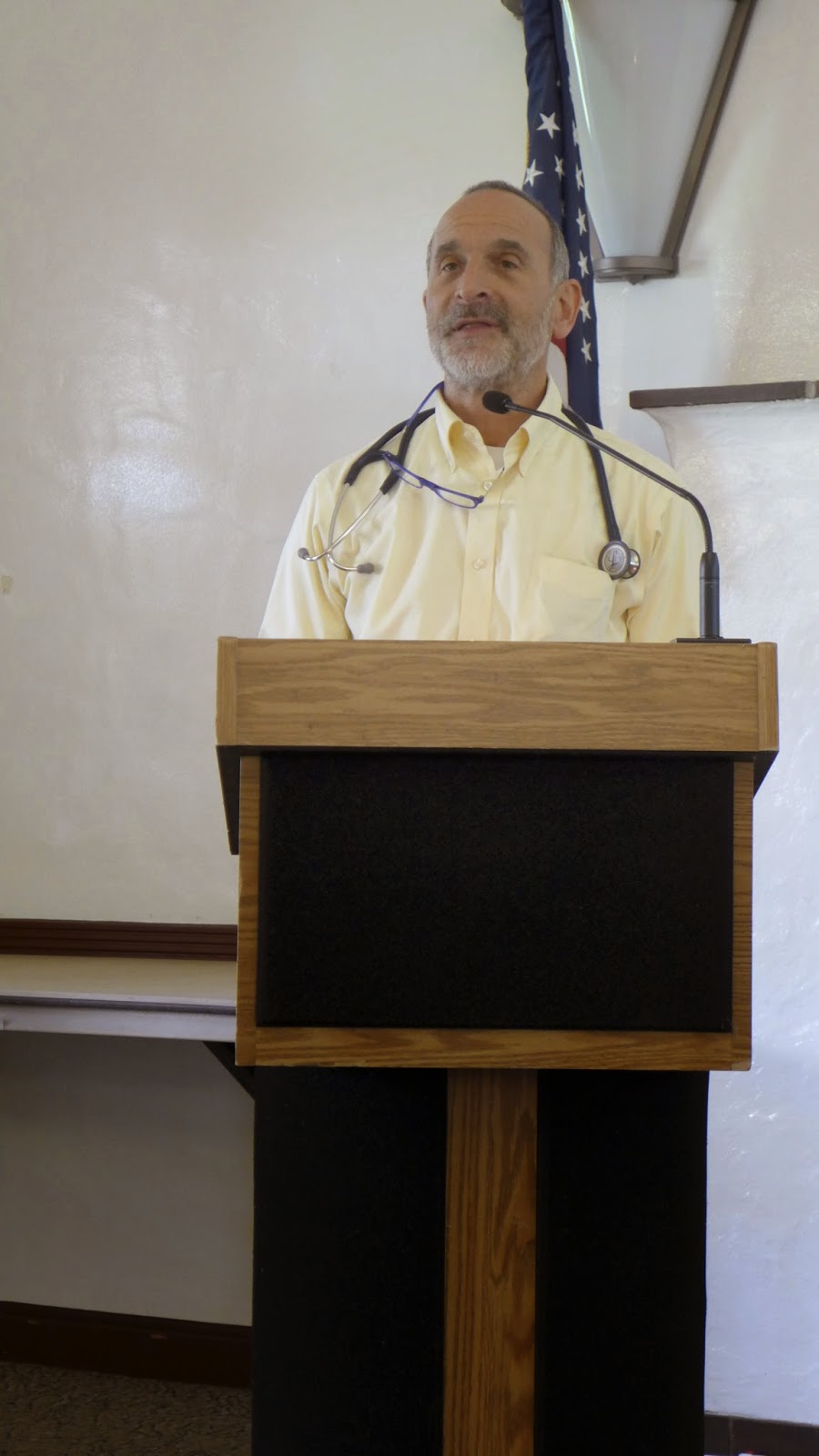 At the September 2013 meeting at the Lucie Stern Community Center in Palo Alto,
Dr Ammermann talked about the needs and happenings of the TEEN VAN, a project the PAA is heavily involved in. For spending his time with us received a Restaurants with Hearts' gift certificate from Deborah Potash and Kathy Squellati. 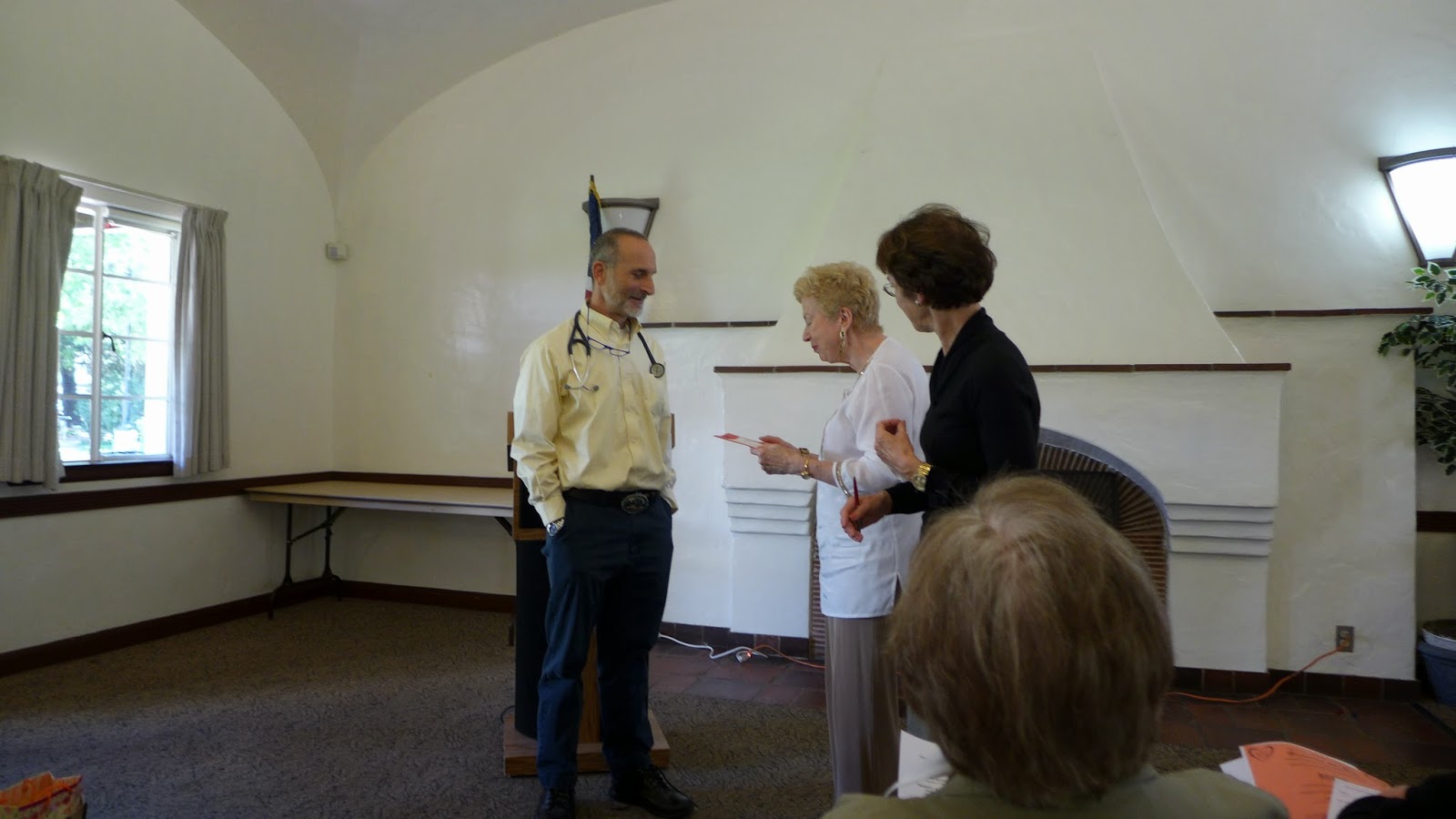 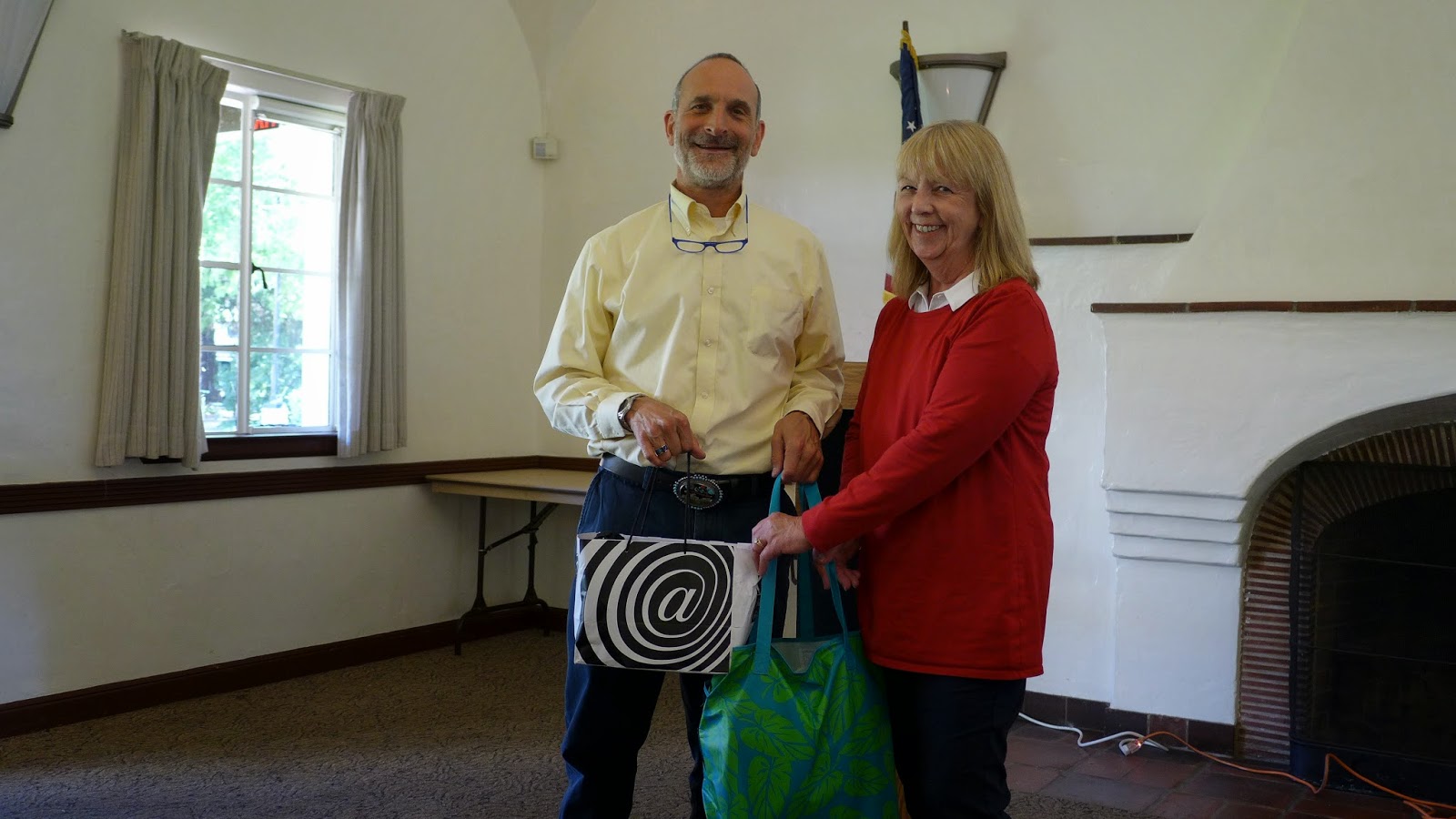 Nancy Bronstein handed him a large bag of collected toiletry items brought by our members. 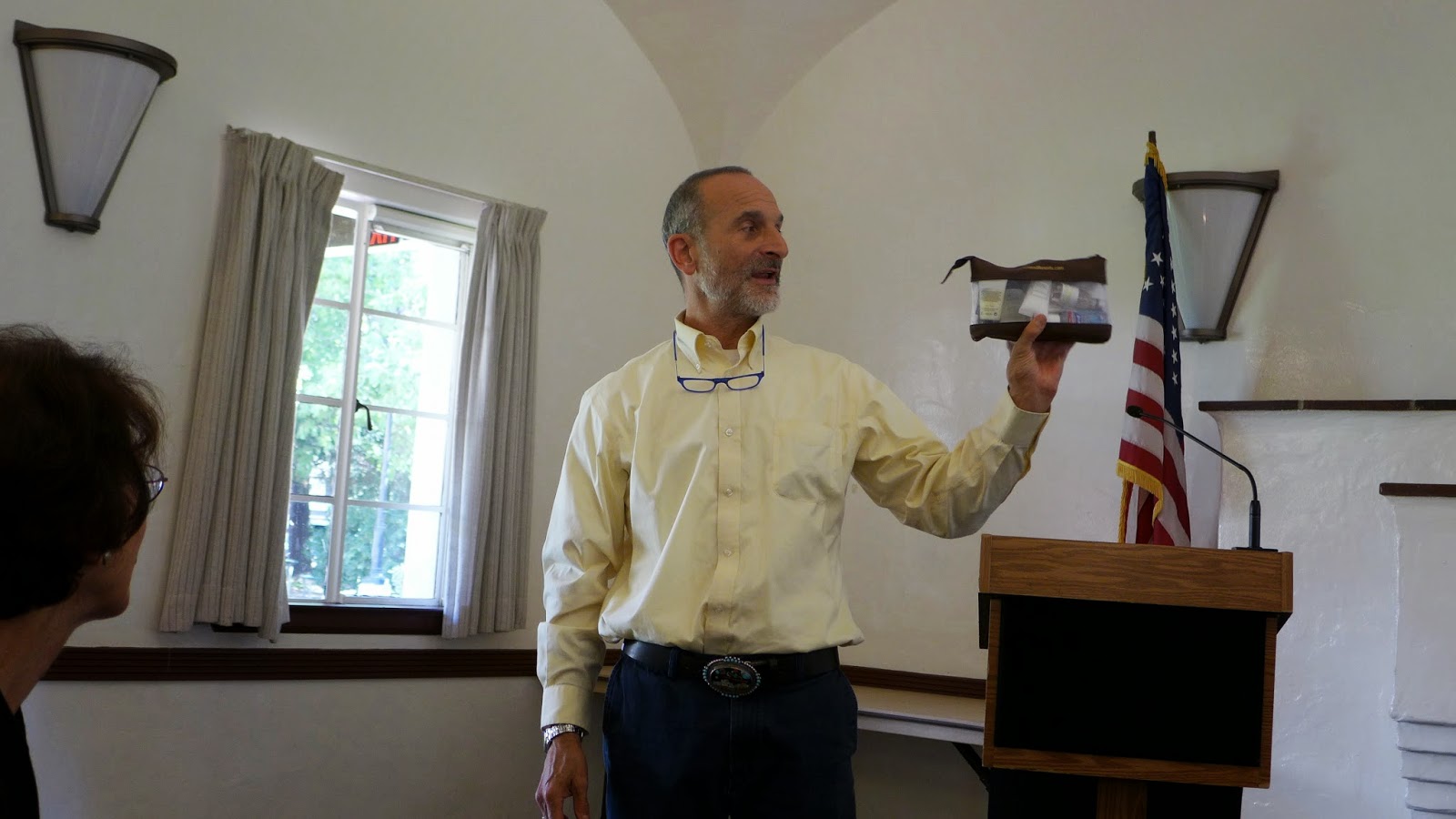 Dr. Ammermann is showing off one of the toiletry bags which will be given to a teen during a medical appointment.
P.S. In May 2014, Dr. Ammermann received the JEFFERSON AWARD,
given for outstanding community service. 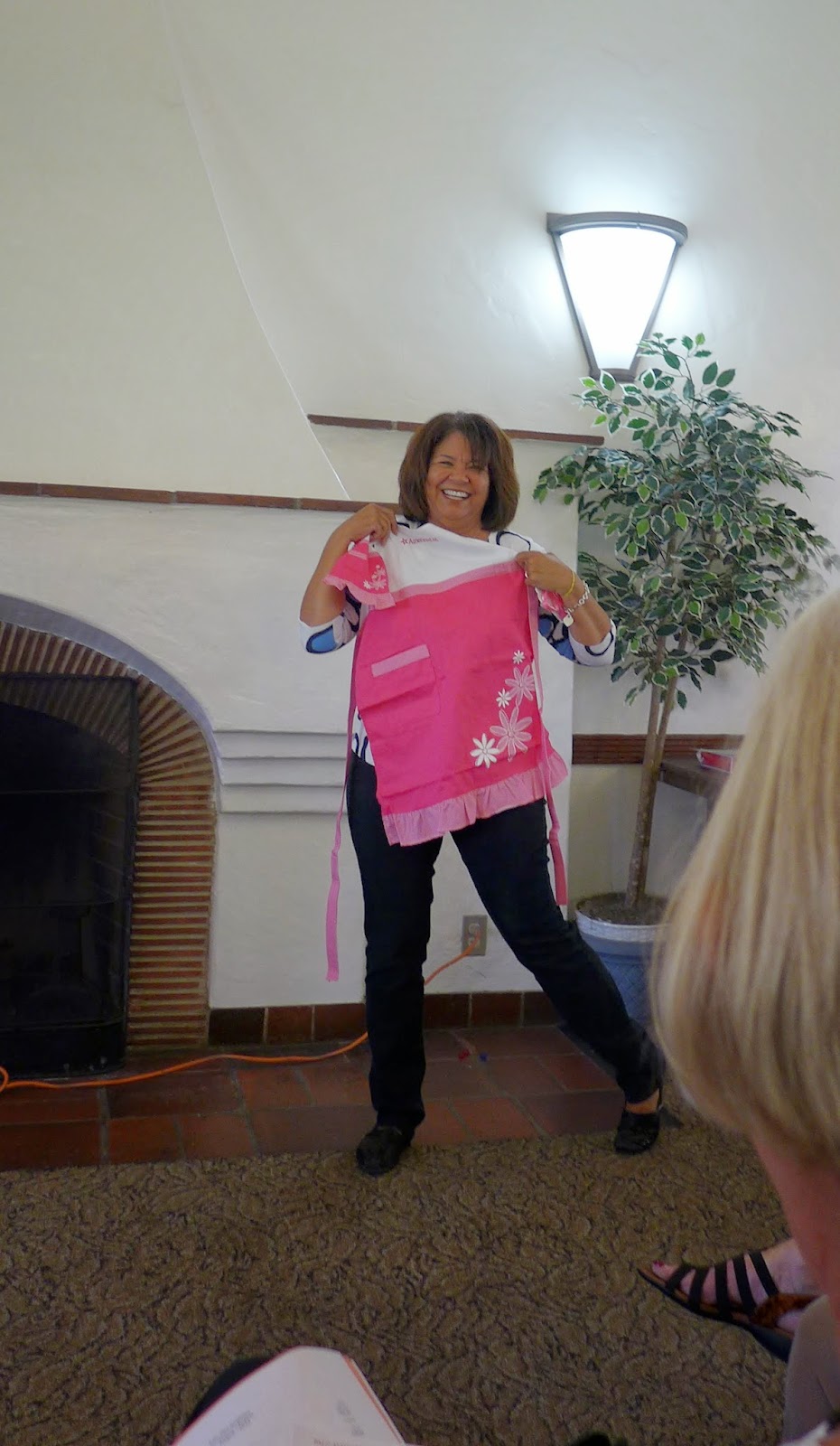 Also at the September meeting, Marilyn Rogers is holding up an "American Girl Doll" apron which will be one of the raffle items at this year's Tea and Fashion Show in October.

Erika C
Erika has been a member of PAA since 1978 when she, after 6 months of training in the Allied Arts Guild Restaurant, volunteered as a Thursday Morning (AM) Cook.